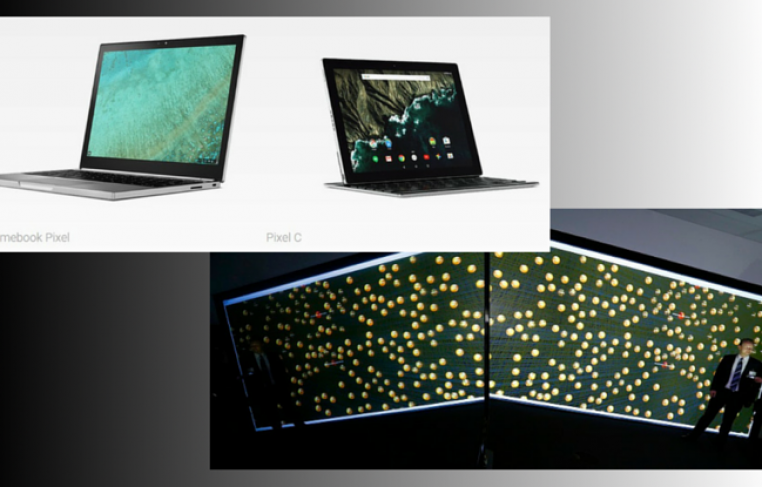 Google To Roll Out Split Screens On Android Tablets, Soon

Google is reportedly working on a long-awaited feature that Microsoft had long perfected, Apple had recently adapted and is long-overdue on the Android.

The Pixel C: Not A Chromebook, And Not An Entry-Level Device, Either

Google's "Pixel" branding was first used on a premium Chromebook. Chromebooks were known to be entry-level devices, pared-down laptops used mostly for surfing the Web. The Pixel C, however, is a different animal altogether.

Barnes & Noble, known for being the #2 to Amazon as the world's biggest online bookstore, never got its own eReader, the Nook, to be as popular as Amazon's Kindle. Nevertheless, it still partnered with Samsung to create the Samsung Galaxy Nooks, which are Barnes & Noble's answer to the Amazon Kindle Fires.

Wacom is the leader in digital drawing and handwriting solutions, and now, it brings another innovation into the market: The Wacom Bamboo Spark.

Enter The Extra Big-Screen Androids With The Samsung Tahoe

Samsung is rumored to be debuting a large-screen tablet, powered by Android. They might be aiming to market the device as a public-use medium.

Samsung Releases The Samsung Galaxy Tab S2, Touted To Be The "iPad Killer"

There's a $200 gap between the lowest-spec iPad Mini 3 and the entry-level Asus ZenPad S 8. Make the better choice.

Samsung Galaxy Tab 3 Lite Price: Low-End Tablet Will Cost As Little As $130 For Wi-Fi Only Variant

The Samsung Galaxy Tab 3 Lite is priced to be a low-end budget laptop. Can it really cost just $130?

How Android Tablets Are Changing Retail

The Samsung Galaxy Note 10.1-2014 edition release date has been established. Read to press release to find out how you can pre-order it now.

College Graduation: Things You Should do After the Big Day

College Graduation: Things You Should do After the Big Day