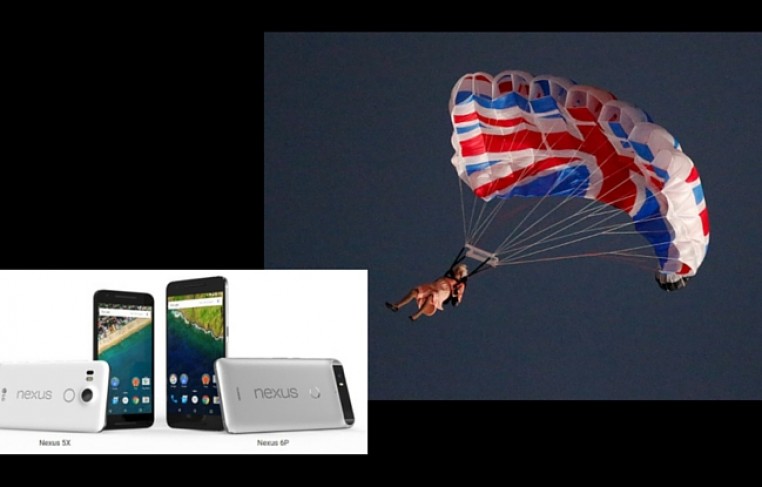 The Google Nexus 5X Arrives On The U.K. Market

UK Android and Nexus enthusiasts no longer need to wait for the Google Nexus 5X--it is available in the stores, now.

Motorola and Verizon are set to announce their new line of phones on Oct. 27, but a leak of the Droid Turbo 2 preempts the announcement.

Samsung works on keeping the Tizen line alive with a new release set for the Indian market.

Phone Leak: OnePlus E1005 Registered At The FCC, Might Be Released As The OnePlus 3/OnePlus Mini

Exciting times are in for OnePlus fans, as a leak of an upcoming device made the rounds on tech blogs.

Techies in China announced that PepsiCo is about to release their own smartphone, the Pepsi P1.

Xiaomi is all set to release an all-metal version of its premium phablet. If the chassis alone sounds premium, wait till you read about what powers the device from the inside.

Is Carrying A RoBoHoN The Future Of Mobile Telephony?

Holding a robot to your ear may be the mode of making and receiving calls in the future. Or not. Sharp unveils the RoBoHoN, a humanoid robot smartphone. Will the mobile phone market snap up this adorable little robot?

LG unveils its flagship phone for 2015, and it is definitely a sleeker, more feature-packed device than the Google Nexus 5X.

Google Unveiled The Upcoming Nexus Phones; The World Is Excited, In Spite Of Some Naysayers

Google pulled the wraps off on two new Nexus phones in their event on Sept. 29, Tuesday, and the world is excited. Except for a few critics, that is.

Samsung Will Pay For Your Phone Until 2016

Samsung is set to subsidize their flagship phones from all but one of the US carriers for purchases made up to October 9th.

Blackberry is trying its hand at rolling out an Android-powered phone, once called the Blackberry Venice. Is this the mobile phone that could bring Blackberry back up to mainstream relevance, once again?

Samsung's Bendy Phone To Roll Out In January 2016

Samsung has been shopping the concept through the tech trade shows for the longest time, in CES 2013 and 2014, to be exact. Now, the foldable "bendy" Samsung screen has a probably release date, and the tech world is abuzz with the rumors.

Huawei Throws Shade On The iPhone 6S' "Rose Gold" Variant, As It Copies The Color On Its Mate S Model

The Chinese company copies the iPhone anew with its new flagship release, the Huawei Mate S. Don't expect the copycat to come cheap, though.

Lava International Limited, which produced an Android One in July, released a phone with better cameras, geared to be a phone focused on taking great pictures, with a decent price tag.

5 Benefits of Using Android for Business

6 Reasons Your Technology is Outdated and Costing You Money

6 Reasons Your Technology is Outdated and Costing You Money

4 Questions To Ask When Choosing a Digital Transformation Platform

4 Questions To Ask When Choosing a Digital Transformation Platform

Think Your New Tech Product is Ready For Launch? Consider This First

Think Your New Tech Product is Ready For Launch? Consider This First